PAST, PRESENT, and FUTURE

9/11The NEVADA VETERANS COALITION will conduct it's twentyfirst 9/11 memorial ceremony at the Out of Town park on Friday September 11 2021 at 10:00 AM. As the "guardians of the colors" we escort the American Flag at the annual 911 Ceremony.

On September 11, 2001, 19 militants associated with the Islamic extremist group al-Qaeda hijacked four airliners and carried out suicide attacks against targets in the United States. Two of the planes were flown into the towers of the World Trade Center in New York City, a third plane hit the Pentagon just outside Washington, D.C., and the fourth plane crashed in a field in Pennsylvania. Often referred to as 9/11, the attacks resulted in extensive death and destruction, triggering major U.S. initiatives to combat terrorism and defining the presidency of George W. Bush. Over 3,000 people were killed during the attacks in New York City and Washington, D.C., including more than 400 police officers and firefighters.

WAAThe Nevada Veteran's Coalition has been involved in the Wreaths Across America project since 2007. In that first year, we were able to purchase 40 wreaths from the donations we received from the community. For the past few years, we have been able to place wreaths on every grave site at the Northern Nevada Veterans Memorial Cemetery.

Once again our Wreaths Across America -2020- service was a success even with the Covid restrictions. Folks came out and placed over 8,000 wreaths. Without you, it would be difficult to make something like this possible.

MEMORIAL DAYMemorial Day (previously, but now seldom, called Decoration Day) is a federal holiday in the United States for honoring and mourning the military personnel who have died in the performance of their military duties while serving in the United States Armed Forces. The holiday is observed on the last Monday of May.

Due to the unexpected future of the COVID-19 pandemic, The NDVS may have to cancel the Memorial Day Ceremony, for Monday, May 31, 2021 at the Northern Nevada Veterans Memorial Cemetery in Fernley, Nevada. 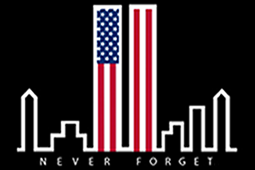